The city of Mendrisio is located south of the Canton Ticino and is at the center of a triangle at the top of which are located the cities of Lugano, Como and Varese. Mendrisio has been a political centre since the Middle Ages and is the capital of the district of the same name. The development of Mendrisio was essentially due to two major works: the construction of the railway (nineteenth century) and the motorway (sixties). These two connections have included Mendrisio in the great network that connects northern and southern Europe, giving it a strategic position between the urban pole of Lugano, the cities of Como and Varese and the great metropolis of Milan with its international airport of Malpensa. Since then, the district has changed face, quickly becoming an important socio-economic reality, home to regional services, the Academy of Architecture and an emerging commercial and industrial center. The Historical Centre has a rich heritage of palaces and hidden treasures, which can be discovered by following the educational and cultural itinerary or by renting the audio guides at the regional tourism office.

Mendrisio, which today boasts the presence of a good number of wine cellars, now has about 15'500 inhabitants; its territory extends to the lake and also includes a large part of the two mountains that surround its borders: Monte Generoso and Monte San Giorgio. These two large mountain areas are highly appreciated by the local population and tourists, who offer a wide variety of excursions and unforgettable vantage points, including that of the summit of Monte Generoso at 1704 m / m, also accessible by the ancient rack railway that leaves from Capolago, from where you can admire one of the most beautiful views of the Alps and the Po Valley. Home to the Academy of Architecture and studios of famous architects, Mendrisio also houses the Theatre of Architecture, the Archaeological Park of Tremona, three important art museums, the Museum of Fossils of Monte San Giorgio (UNESCO WHS), the Baumgartner Gallery of Ferromodelling, a Museum of Sacred Art and the Museum of Transparency.

The calendar of exhibitions and events is also rich in traditional events. Among these, the most popular are: the Sagra del Borgo, Cantine Aperte, the Tappo alle Cantine and the Rassegna Gastronomica, which are ideal opportunities to experience the atmosphere of the place and taste local dishes and wines; the Fiera di San Martino and San Giuseppe, both linked to ancient traditions that are perpetuated over time; the Festa della Musica and the musical events organized at the Cave di Arzo, are instead younger events that are enjoying great success.

The population of Mendrisio has been able to keep alive the passion for many traditional events that are perpetuated from generation to generation and the Processions of Holy Week are the living testimony. These two processions, now officially nominated by the Confederation to be included in the representative list of intangible cultural heritage of UNESCO, are actively supported by the city of Mendrisio, which, with the Historical Processions Foundation, supports the organization.

Reaching Mendrisio is easy, the car parks are well signposted and from the two railway stations it only takes a few minutes to reach the historic centre on foot. Consult the map to choose the best route. 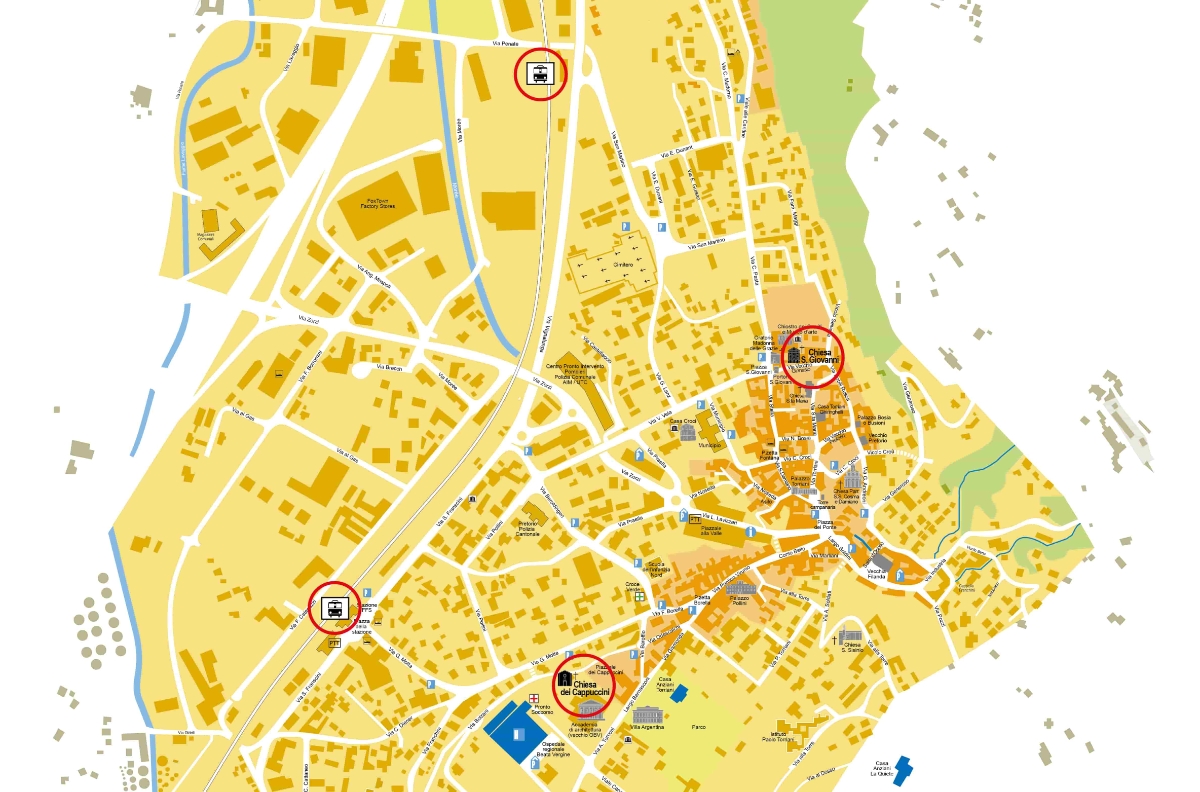