The Funziun di Giüdee, which was organised by the Confraternity of the Blessed Sacrament, might seem a sort of sacred medieval play. However, the event held in Mendrisio has only a thematic affinity (the Passion of Christ) and the scenic organisation (the costumes that, for the centenary, were ordered from the tailor's shop of the Scala Theatre in Milan; the current ones are copies of those) in common with those known as the mysteries in France.

However, differences include the lack of a script and of dialogues between characters, who only expressed themselves with gestures and silent attitudes. Moreover, the name Funziun di Giüdee itself seems to refer to actual liturgical ceremonies, like the vespers, with a satirical, disrespectful note that is almost carnival-like.

The group of Jews contributed most to the lay atmosphere of the Holy Thursday event. In the past, they met already on the previous afternoon and strolled the streets of the Magnifico Borgo (Magnificent Town) looking for the Christ who would bear the cross. The unruly shouts and rude attitudes of the Crowd of Jews, who were not deemed very suitable for the solemn celebration, were targeted by several complaints throughout the 19th century. Hence, in 1895 the organisers were forced to send out a notice stating that the Municipality forbade the Crowd of Jews of Holy Thursday to make a foray into the town before the evening procession.

But the figurants acting as the Jews were not the only ones to be targeted by the protests of those who wanted a more sober event. Even the two thieves and the Three Marys who were, by tradition, impersonated by men fully robed in long black gowns, were guilty of pretending to weep in a way that made people laugh. They were often accused of drinking too much before the procession. Then the custom required the cup bearer to offer Christ genuine wine at every fall, which did not help to ensure a sober event.

Starting from 1898, the year in which the first centenary of the event (whose first official citation dates back to 1697) was celebrated, the excesses diminished, subsequently the protests were fewer and the play became more serious. 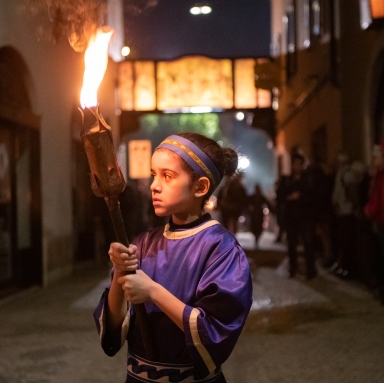 Order of the parade 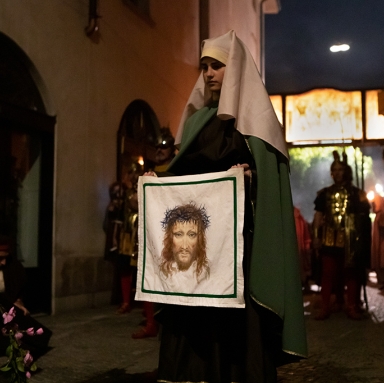 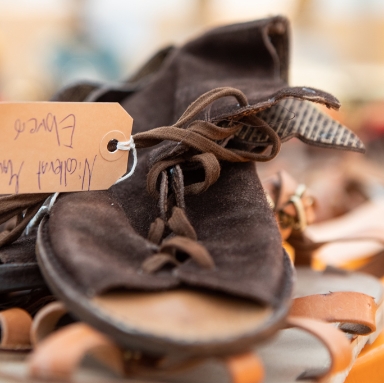